News / Articles
You are here: Home / News / Articles / Uncategorized / LiDAR Data Processing: Why It Helps to Have a Surveyor Who Does It In-... 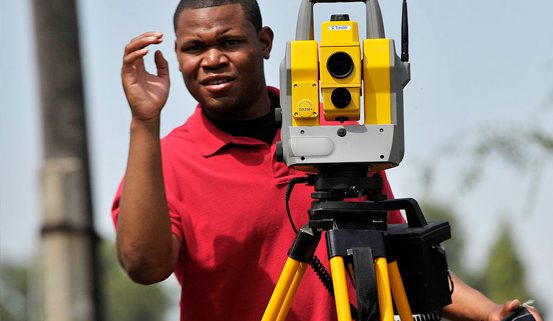 LiDAR Data Processing: Why Does the Data Need to be Analyzed?

When LiDAR scans are completed, they produce a large array of completely unprocessed information. LiDAR sends out lasers and detects when the lasers hit something. By calculating the amount of time it takes for the lasers to hit something, LiDAR can figure out the distance. But that calculation is incredibly important, and needs to include things such as how quickly the drone was moving; otherwise, the landscape could be stretched and warped.

A property land surveyor will collect LiDAR data. But the raw data isn’t going to tell anyone much of anything, because it relies on processing to create an actual map. Thus, terrestrial laser scanning is actually done in two parts. The first part is the data capture, and the second part is the data analysis. Many property land surveyors will submit their data to a third-party for analysis, but an end-to-end surveyor does it on their own.

Why Is It Good to Have a Surveyor Who Does Their Own Data Processing?

First: Having an end-to-end surveyor saves you money. Rather than having to essentially pay two companies to complete different tasks, you’re paying a single company to collect data and then analyze it. Since it all happens within a single company, they can give you a better rate. A surveyor who doesn’t perform their own analysis will need to pass the cost of third-party analysis on to you.

But it isn’t just about cost; it’s also about time. When done by third parties, data processing can take much longer, because your property land surveyor isn’t in direct control of the process. You may need to wait a significant amount of time for your survey, which simply isn’t acceptable during the survey stages of many projects. For many projects, nothing can be done until the survey has been completed, and a significant delay can cost a lot of money.

Accuracy is also important. Having an in-house data processor makes a property land surveyor more accurate. LiDAR data is only as accurate as the collection process, and surveyors need to ensure that the data is accurate. Someone not involved in the process of trying to interpret the data could be wrong about the data. How high the LiDAR camera was, how fast it was moving, and whether it was tilted will all control whether the data could potentially be incorrect.

And there are other issues. A land surveyor is the only one who can legally testify to the accuracy of a data set, because they’re the only ones who are able to reliably guarantee the data set. If a company doesn’t provide end-to-end data analysis, it’s very likely that there may be some difference between the data collected and its analysis.

In addition to collecting and processing data, the data will also need to be stored and distributed. Not all companies will handle all of this: You may need to store and maintain your own survey data once it’s been completed. Landpoint automatically connects its data sets to industry-standard software suites, which make it possible for surveys to be shared and accessed from anywhere. This solution prevents data from being damaged or overwritten, while still letting companies leverage them to the fullest extent.

When it comes to terrestrial laser scanning, there are two important processes: data collection and data analysis. A surveyor who does both will be more cost-effective, accurate, and timely. If you work with a company that splits up its surveying and processing, you’re more likely to experience issues related to accuracy.

Are you ready to find out more about the benefits of LiDAR laser scanning? Contact Landpoint to find out what sets us apart.

See All Articles
Connecting Design, Engineering, and Construction: Surveys at All Stages of the...