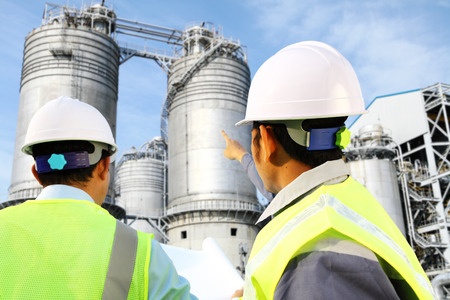 It’s fair to say natural gas can be called “clean energy.” It can also be called cleaner energy. It really depends on your definition. Let’s take a look at how clean and sustainable natural gas really is.

Everyone has a different definition of “clean energy.” Natural gas has been referred to as a clean energy source, but it’s not entirely clean; however, it’s cleaner than many other options, such as coal and oil. By switching to natural gas from coal or oil, many countries would be able to significantly reduce (not eliminate) their emissions. Because natural gas is cleaner, it is often proposed as a compromise between dirty fossil fuels and renewable sources.

The word “clean” is used to denote different things in the energy community. As an example, “clean” coal isn’t truly clean; it’s just cleaner than regular coal. Natural gas would still be cleaner than “clean” coal, which just uses a variety of strategies to capture or store the greenhouse gasses produced.

Renewable sources still have some issues, in terms of adoption and feasibility. There are still adjustments being made in the sustainability of solar panel construction and the improvements necessary to make the technology more efficient. As sustainable energy does take hold, it’s hoped that the use of natural gas will be reduced.

How clean is natural gas?

According to the U.S. Energy Information Administration, natural gas is a relatively clean fuel.  Compared to many of the traditional and plentiful alternatives, natural gas produces fewer greenhouse gasses.

Relativity is important when talking about what energy is “clean” and what energy isn’t. Natural gas produces about half the emissions of coal. It produces about three-quarters of the emissions of oil. But coal produces a lot of emissions. If you compare natural gas to something like wind power, it would not be considered clean. But because there are so many countries and so many power plants still on coal, natural gas is a better alternative to using extremely polluting materials.

That being said, natural gas is not a renewable resource — which means even though it is cleaner than other types of energy, it’s still not a sustainable energy source. Eventually, different energy sources will need to be used. For now, natural gas is offered as a superior alternative to fuels such as oil and gas.

Is natural gas a bridge to clean energy?

Because natural gas is so plentiful and readily available, it is seen as a more feasible way to reduce emissions. Communities can switch from coal to natural gas, rather than from coal power to hydropower, and experience a significant reduction in pollution.

But it can also be argued that a reliance on natural gas is discouraging truly sustainable adoption. Natural gas still produces more emissions than operating solar power, wind power, or hydropower farms (although, emissions are produced in the development of these technologies).

Whether natural gas is an effective bridge between “dirty energy” and “clean energy” has been controversial. But it’s not debated that natural gas doesproduce far fewer emissions than comparable amounts of coal and oil.

The bottom line: Natural gas produces more emissions than either solar power or hydropower. Whether you call natural gas “clean” really depends on your definition of clean. But there are a lot of factors that are at play, such as the energy expenditures required to build solar plants or hydro plants. Compared to dirty fuels such as oil and coal, natural gas is absolutely cleaner— which is why many believe it’s a vital intermediate step between dirty fuels and entirely renewable energy sources.

See All Articles
Natural Gas vs. Coal: Where These Markets Are Headed

Why GIS Is Critical to Utility Mapping
Scroll to top