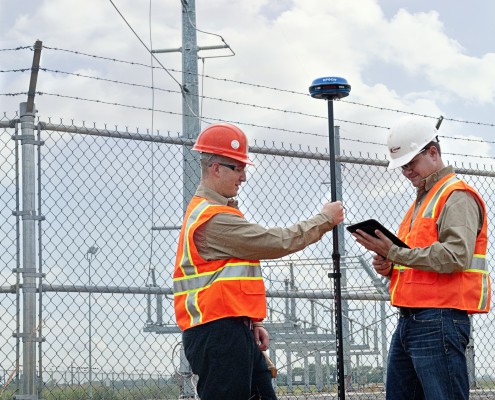 Http iframes are not shown in https pages in many major browsers. Please read this post for details. 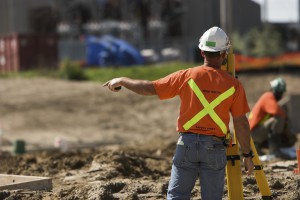 Loyalty between business partners is an admirable trait. Businesses depend on customer loyalty and the benefit to stable trading partners extends in both directions and usually result in a mutually beneficial relationship. One business provides a service that is important to the other while maintaining a high level of customer service. However, when times change and new technologies and practices emerge, if a professional land surveying company isn’t keeping up with it then it’s their clients who suffer.

When Technology and Services Change Significantly, It’s Time to Reevaluate the Status Quo

When the satellite-based Global Positioning System became fully operational in 1995, surveying changed significantly. Unlike ground-based data collection with theodolites, GPS data collection does not require line of sight visibility between measuring points. Professional land surveying no longer requires trekking to difficult locations to set up tripods. GPS measurements yield 3-D coordinates with high geodetic accuracy, and data can be collected around the clock without regard to weather. GPS surveys aren’t necessarily better than those made with conventional equipment, but they can often be completed more quickly. Graphic Information Systems took GPS land surveying data to another level by changing the way data is stored, retrieved and shared. Spatial coordinates and map features are stored as spatial data and can be organized into various map layers with common features. A survey is no longer just a paper map with line drawings of roads, easements and power lines. It becomes a collection of data layers that can be peeled back or added as desired.

Additional information, called attributes, can be linked to the spatial data to give maps tremendous new abilities. Population demographics, political districts, school districts, fire districts and census data are all examples of attributes that are easily linked to spatial data. Maps can now be customized in amazing new ways.

Many professional land surveying companies began using new GPS/GIS technology as soon as it had been proven accurate and reliable. Others felt that transit theodolites were sufficient for the work they were asked to perform and saw no reason to change.

What Are Your Needs?

Both technologies work extremely well. Each has benefits in certain applications. For example, GPS surveys require an unobstructed view of the sky to receive satellite signals. They cannot be used underground, and mine surveys rely on theodolites. Mapping mountain ranges requires strenuous and dangerous climbing, and GPS mapping is both safer and convenient. The majority of applications, however, can be performed equally well by both technologies.

The deciding factor is often how the data is to be handled. Energy companies are a good example of a business sector that often has a long-standing relationships with a professional surveying company. They continue to do business with the associated surveying company even though they know newer technology is available.

So is the company losing opportunities because of these long-standing relationships? The answers depend on the level of service being provided and the company’s goals for using the data.

Long term business relationships can lead to complacency. Long turnaround times become viewed as just a normal facet of the business when, in fact, GPS surveying can usually be completed much more quickly than standard theodolite surveying. Is time valuable to the project? In most cases, it is.

Surveyors may have been providing standard paper surveys for decades, and these may have been sufficient for the needs of the company in the past. They may still be. But today businesses have to ask questions like “could the company benefit by knowing the demographics of the areas in which gas drilling or wind turbine construction is predicted to grow?” Companies should ask whether there are additional data needs or not.

Is The Status Quo Good Enough For Your Company?

There’s a lot to be said for company loyalty. There’s also a lot to be said in favor of growing and adapting to new business opportunities. Don’t be afraid to consider a new professional land surveying partner, especially if old relationships have grown stale.

If you are looking for a change then Landpoint can help. Get a quote today and see how we can save your company both time and money.

Professional land surveying companies have many choices when it comes to GNSS networks, but Landpoint has partnered with the industry leading Leica Smartnet to produce the most accurate and high-quality results. This directly translates into time and cost savings for the customer on every project we work on.

Smartnet provides Network corrections that are both highly precise and highly available. Robust and repeatable, Smartnet users gain centimeter-level accuracies and corrections for other applications or raw data after processing. The program is the first Global Navigation Satellite System Network that works with a single connection point for coverage across the continent, and the program currently works with around 500 sites.

Leica’s dedication to customer needs matches Landpoint’s, and we work together to meet and exceed the expectations of our clients. Both Landpoint and Leica have multiple systems in place to make information, data and the network available to meet all client needs.

We choose to work with Leica Smartnet because it is based on the world’s most advanced GNSS reference station software platform.Leica and Lanpdoint have worked together for over three years to create coverage in the areas Landpoint services.

Thanks to Smartnet, we no longer need to rely on a traditional RTK base system. We now can achieve greater productivity and efficiency instead of spending countless hours at the base station or working out frustrating radio issues. The system enables us to unlock the potential of our equipment in ways never before possible.

Choosing the best professional land surveying company up front can save you time, money, worries and potential legal problems down the road. The highly complex and technical work done by land surveying services is the foundation upon which your project will be built, making it imperative that you choose a professional, reputable company. Here are three quick tips to assist in making the right choice.