When looking for an aerial survey, you should be aware that there are three major types of survey you can invest in: drone, helicopter, and plane. While the actual land surveying technology may be separate (either LiDAR or photogrammetric), the method through which the data is captured will have a significant impact on the cost of the survey, as well as the accuracy of the survey. Here’s what you need to know about drone, helicopter, and plane surveying.

Drones (UAVs) have many advantages over traditional surveying technologies—which is why UAV and LiDAR scanning has become an industry standard. They can perform land surveys quickly and close to the ground, delivering high resolution images within just a few hours. UAVs are not manned, and therefore they don’t carry with them a significant risk of potential injury. They are less expensive than other options because they are unmanned and due to the lower cost of the technology. UAVs can navigate into virtually any area with little preparation.

However, there are a couple of disadvantages to drone-based technologies. UAVs may not be able to fly in windy environments, as they are lightweight. Further, UAVs are party to a number of regulations and restrictions. While these regulations are still being explored, they can occasionally present a barrier.

Helicopters are able to hover while using LiDAR technology, remaining stable even in bad weather. They are often desirable over ground surveys because helicopters can go virtually anywhere. Compared to airplane surveys, helicopters can fly lower and therefore acquire higher resolution imagery. Helicopters are more maneuverable in high winds than drones, and they also aren’t subject to the same types of regulations. 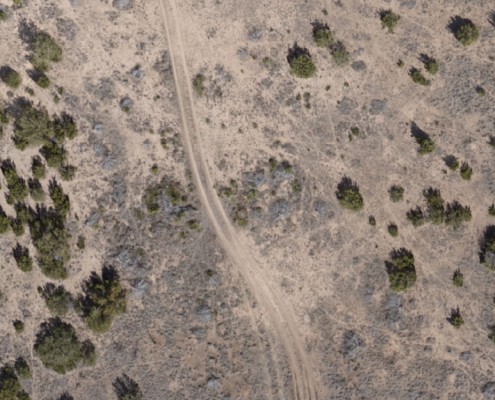 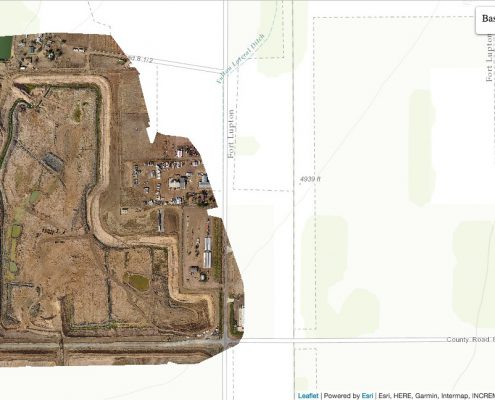 In terms of negatives, a helicopter does still involve a flight crew, which can be potentially dangerous. If a helicopter does crash, people could be seriously injured and a project could be delayed. Helicopters are more affordable than airplanes, but they are not as affordable as UAVs. Operational delays may also factor in, as manned crews will need permits and licenses to fly.

During an airplane survey, an airplane uses LiDAR technology as well as GPS coordinates to very quickly scan an area as it passes above. Airplane LiDAR surveys are very fast and can be effective over virtually any type of terrain. Airplanes tend to be a superior way of getting scans over very large areas quickly, such as when doing preliminary surveys before a site is selected. Airplanes also cannot be dissuaded by issues such as inclement weather or high winds.

Of course, there are also some disadvantages to conducting LiDAR via airplane. Airplane LiDAR tends to be very expensive, as not only do you need to pay for the aircraft and the LiDAR, but you also need to pay for the crew of the plane as well as the fuel. Further, airplanes need to fly fairly far away from the ground to remain safe, which lowers the resolution and accuracy of the scans. Like helicopters, airplane scans may also be dangerous to the crew.

Each type of survey has pros and cons, depending on the project that you’re completing. In general, if the area to be surveyed isn’t party to anti-UAV regulations or high winds, a UAV will be the preferable option. If there are high winds or other dangerous weather, an airplane or helicopter may be better, as budget allows. A UAV will be able to get closer than an airplane at a reduced cost, but a helicopter provides a solid middle ground between the two.

See All Articles
6 Considerations When Selecting a Wind Farm Surveyor

Plane, Helicopter, or Drone: Which is Best for Aerial Photogrammetry?
Scroll to top