Why Aerial Surveying is Moving From Manned to Unmanned

You are here: Home / News / Articles / Article / Why Aerial Surveying is Moving From Manned to Unmanned 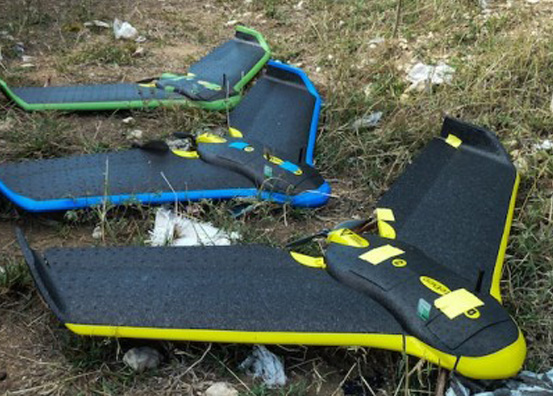 Manned aerial vehicles are costly to operate, need to be manned by multiple employees, and can be potentially risky. Safety concerns are a major issue when it comes to manned aerial flight over crowded areas, as a crash or other incident could cause significant harm to bystanders.

Operational delay is one of the most serious concerns when it comes to aerial surveying. Aerial surveying is generally completed at the very beginning of a project — and it’s often required to progress even the most preliminary stages of the project, such as acquiring permits. When a delay occurs during this phase, it can put the entire project at risk.

The Advantages of Unmanned Aerial Surveying

Unmanned aerial surveying resolves many of the traditional issues with manned operations. In particular, UAVs are now being utilized heavily in agriculture, real estate, utilities, construction, filmmaking, and even law enforcement. UAVs can fly lower than manned vehicles, thereby allowing them to take the place of both manned aerial surveys and, in some cases, ground crews as well. This reduces the necessity for consolidating information between different companies. Because UAVs can travel lower to the ground, they also complete aerial surveying with greater detail, allowing for more accurate results.

Using UAVs for land surveying is also more cost effective when compared to surveys created with manned personnel/vehicles. Drones are less expensive than manned vehicles, and don’t have the same fuel or maintenance costs. As they are unmanned, they also don’t require the additional costs of an individual pilot and sensor analyst.

As an added benefit to this, UAVs are far less risky than manned vehicles. This can both increase employee safety and reduce the potential for operational disruption. Further, multiple UAVs can be deployed at once, to further reduce the risk of delays.

In addition to the initial surveys that need to be completed during project development, UAVs can also be used to perform maintenance and repair surveys. Through a combination of surveillance equipment and smart sensors, UAVs are now able to inspect work sites for safety hazards and find potential problems with equipment. This again reduces costs when compared to either manned aerial surveys or ground crews in remote locations.

UAVs are likely to be the future of surveying — in addition to being integrated in a variety of other industries. It’s projected that $82 billion in value is likely to be added into the UAV industry from 2015 through 2025. UAV technology is being steadily improved upon and provides many advantages over both traditional manned aerial surveys and traditional ground surveys. Through UAVs, companies are able to streamline the process of their surveying, improve upon the detail of their surveys, and cover more area over a shorter period of time.